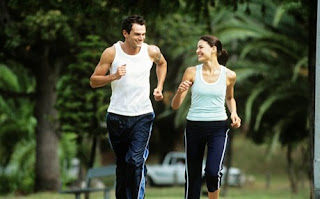 Studies have shown that exercise causes a decrease in the desire for smoking or for alcohol use, and so could act as a complementary strategy, along with other therapeutic models, in the process of rehabilitation from the harmful for the body these habits, says professor in physical education, University of Thessaly Yannis Theodorakis, in the framework of the european programme ESCAPEE-THALIS, which detects the relationships of exercise with smoking and alcohol, and investigation of mechanisms to reduce or stop smoking and the abuse of alcohol.
The mechanisms of the incentives that lead people to smoking, notes the same, is not only social, personal and psychological, but are associated with Î½ÎµÏ…ÏÎ¿Ï‡Î·Î¼Î¹ÎºÎ¿ÏÏ‚ and Î½ÎµÏ…ÏÎ¿Î²Î¹Î¿Î»Î¿Î³Î¹ÎºÎ¿ÏÏ‚ mechanisms of secretion related substances. Unhealthy habits, including smoking or alcohol, don’t adopt the people themselves, but are associated with many other unhealthy habits, and are in contrast with the sports way of life.
However, he explains, while there is plenty of evidence for the positive effect of exercise on health, are not clear about the justification and the interpretation of the psychological and physiological mechanisms that contribute to this.
In particular, for the relations of exercise with alcohol consumption, researchers conclude, according to mr. Theodorakis, that is not being utilised yet the role of exercise in the support of alcoholics while there is plenty of evidence for the beneficial effects. So, he adds, is being discussed seriously now, the proposal that exercise may serve as a complementary strategy, along with other therapeutic models, to positively impact on the psychotherapeutic process, during and after the healing process, for abstinence from alcohol. The exercise, probably, does not lead the alcoholic to reduce the alcohol, but beneficially affects the mental mood, physical condition, sense of competence and the feeling that the body can work better.
The mechanisms by which exercise and physical activity can affect the smoker in order to turn from the smoking, or the alcoholic to escape the abuse, can be either psychological, or physiological, or biochemical. Systematic physical activity, points out mr Theodorakis, it can increase the self-confidence of the individual that can quit smoking, to cope with dynamic withdrawal symptoms, which causes the dependence on nicotine and that usually accompany the person, such as stress, depression, irritability, worries, poor concentration. Exercise also helps by increasing consumption of calories in the metabolic balance and the protection of the individual by the increase in the weight of the body.
The relevant surveys show that people perceive the exercise as a way to regulate feelings of stress and tension, and to improve their lives and to follow a healthy lifestyle, and also perceive the physical activity or organized exercise programs as a key strategic intervention in the effort to stop smoking, ends up the same.