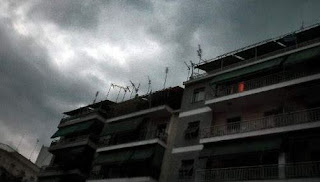 From the lips of the deputy minister of Finance, hanging millions of property owners, as well as the announcements of the new Price Band will finally and unpleasant surprises, after you will be and increases objective values!
This is purely a political decision, as well as are members of the special committees set up for the adjustment of the Price Zone, in the findings handed over to the ministry of Finance was not provided for any increase.
From the side of the Sq. Alexiadis, speaking on Real fm in New york. Î£Ï„ÏÎ±Î²ÎµÎ»Î¬ÎºÎ·, not left the slightest doubt foreshadowing and increases, keeping you in suspense that stakeholders expect more in areas will be hit by the. bell and for what height enhancement we’re talking about.
It should be noted, that if adopted, the current commercial rates – although the number of transactions is small, and carries the risk of distortions – there should be Price increases in the Euro area is the so-called “popular” districts, which make it prohibitive as now, in all governments, the adoption of a system of simulation commercial – of objective values.
The up and down coming in and with the estate tax, which will replace the ENFIA, if we don’t raise objections to the lenders for the effectiveness and collectability of the new tax, which should yield at least puffs 2,650 billion euros.
In accordance with T. Alexiadis, the new tax would take into account not only the property but also the income situation of the obligors.
What does that mean? We’re going for a tax, which will be calculated on the basis of scale, such as the FAP, the whole estate, with a specific (small) – exemption system to cover the weaker.
This involves movement of weights in the larger and more expensive belongings and remains to be answered how to ensure the current collectability of 83%.
There is expected to be completed. crazy, it is the tax authorities, as well as the new Values of a Zone will apply retrospectively from 21 May 2015.
What does that mean? That may not affect the ENFIA 2015, but you’ll have to ÎµÏ€Î±Î½Ï…Ï€Î¿Î»Î¿Î³Î¹ÏƒÏ„Î¿ÏÎ½ all taxes inheritances, donations, parental benefits and markets and even hand-written!
Already the heads of tax offices with a large volume of such cases, pulling their hair, as well as the already undermanned in charge of other tasks.
What must be clear is that, in any case, it’s not going to be tax returns, since, when the completion of the new clearings, the positive difference will be offset against future debts of the taxpayer.