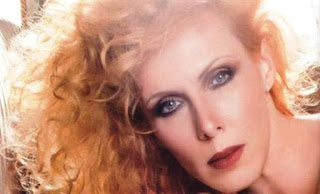 The Evelina Papoulia admitted at Breakfast that after the “Two strangers”, which made the presenter had made a proposal for a morning show, but he refused.
The reason? “I have a crush. I can’t ask. The part where we say, â€œI’m curious about something,â€ I don’t have it, it’s not easy. In a word it’s easy to be open and to be opened after the other,” said the actress.