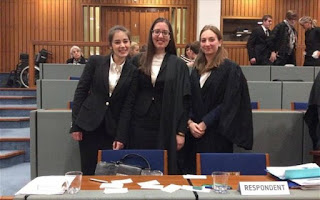 European champion for the second consecutive time became the team of the Law School of Athens, which…
he represented Greece in the International Competition Virtual Proceedings on the Law of Space, “2016 Manfred Lachs Space Law Moot Court Competition”, which took place on 27 – 29 April in Glasgow.
The group, which had achieved the same distinction last year in Belgrade (1-5 June 2015), received the award for the best written pleadings (best memorials).
The competition is organized annually by the International Institute of Space Law and the European level by the European Centre of Space Law (ECSL).
The crisis case this year involved issues of liability for space activities (launch and on orbit satellites), the protection of the environment from non-functional space objects (space debris) as well as the legal framework for the rescue and return of astronauts and space objects that were found in a state of emergency.
The Law school of Athens competed with their respective groups of leading European Universities, addressing the qualifiers in the law Faculties of Belgrade and Luxembourg and in the semi-finals the team of the Cologne University with a long tradition in Space Law, since it has a specialized Institute).
In the final prevailed at the University of Leiden (the Netherlands), a group with a lot of discrimination in the contest, which is also supported by the Institute of Air and Space Law. 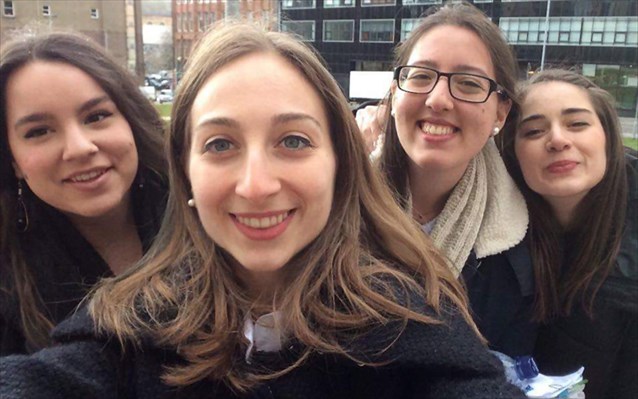 The members who gave, during this year, the first place in the group was the undergraduate students of Agriculture – Eleni Exarchou – – – – – ÎšÎ¿Ï…ÏŠÎ¼Ï„Î¶Î® Philaret and Sophia Stellatos, under the supervision and guidance of mr C. Kuwait, Lecturer of International Law, the Law of Athens. The academic officer mr Kyriakopoulos ÏƒÏ…Î½ÎµÏ€Î¹ÎºÎ¿ÏÏÎ·ÏƒÎµ, the preparation of the team, the undergraduate student ms. Georgia – Maria Kalogirou, which had taken part in the competition in 2014.
The team of the Law School, as the winner of the European Tour, will represent the European Continent in the International Final Rounds, which will take place on 26-30 September in Guadalajara, Mexico, where will meet with the respective winning teams America, Africa and Asia/Pacific.
This was not the first distinction for the Law School of Athens, which is involved in the last six years in this contest:
In 2011, in its first participation, the team of Law captured second place in Europe, while one of its members was awarded as the best speaker of the competition (Demeter Î£Ï„ÎµÏ†Î¿ÏÎ´Î·).
In 2012, the team ranked first at the European level and second place in the world.
In 2013, the Law School has qualified for the Semi-final of the European tour and captured one of the four top positions in Europe
In 2015, as already mentioned, the group of Law of the university of ATHENS won for the second time in the first place in the european rounds and represented the European Continent in the Global Final Rounds. There he conquered the second position in the world, while one of the members of the group, was awarded as the best speaker of the competition (Athanasios Pigtail).
With this year’s, third in six years winning the first place in Europe, the Law School of Athens is emerging as the team with the greatest awards in the competition over time.
The team of the Law School of Athens received the kindly aid of the State Scholarship Foundation (IKY).
Source