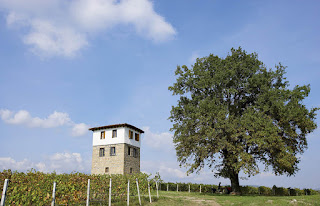 Article by Nikos ÎÏ…Ï†Î¿ÏÎ´Î·
Three years in a nonstop back and forth in London, I tried several times to explain to the British why the wine in Greece is significantly cheaper than there.
“Because we’re in wine country,” I explained, and as such, we support a key sector that offers work from the workers of the fields until the importers of bottles and paper for the labels, a total of approximately 200,000 people. Not to mention, of course, the hundreds of liquor stores and thousands of restaurants and cafes. To 01/01/2016. Of course, I used also to say Ï‡Î±ÏƒÎºÎ¿Î³ÎµÎ»ÏŽÎ½Ï„Î±Ï‚ to the British: “and because we know how to control drinking, not like you who Î¾ÎµÏÎ±Î¯Î½ÎµÏƒÏ„Îµ at 9 in the night…”
To the great surprise of all, however, the Greek government decided to impose Excise duty of 20 cents per litre. And not so much the amount as the enormous problems created by the bureaucracy, which affects mainly the small wineries who had set up tax warehouses. Which, to be created, obviously, and they need capital. The era that began the Greek wineries to raise their head.
It would be possible is the avoidance of the Excise Tax policy of both up-to-date equivalents that we have at times heard of it? And why, after all, the Citadel has a ticket for â‚¬5 when the vast majority of visitors is inbound tourism? Like the ancient ruins of our country to keep the wine at the height of the circumstances? Let’s see.
First of all, I did a comparison of the amount of the ticket in English museums with relevant exhibitions in London. We have and we say: Acropolis entrance â‚¬5, ligurian archeological â‚¬7, Byzantine Museum of Thessaloniki for â‚¬6, as well as the Museum of Heraklion. What happens, however, in the capital of the Old Albion in? Tate Modern basic periodic report of Â£ 18 (â‚¬23), NationalGallery Â£ 18, Tate Britain Â£ 16 and, last, the National Portrait Gallery Â£ 17 pounds. Conclusion: if we are satisfied that we 5 ÎµÏ…ÏÎ¿Ï…Î»Î¬ÎºÎ¹Î± for THE world museum of the Acropolis, while at the same time the British “charge” of â‚¬23 the entry to the exhibition of Alexander Calder, we are worthy of our fate.
Go now to the numbers: About 1.5 million visitors with approximately 3 million tourists in 2015. The total revenue from the archaeological sites and museums, â‚¬14.6 million. With this fee. Put the 5 times up, as it deserves to be proportionate with those of London, make us a Î¼Ï€Î±ÎºÎ±Î»Î¯ÏƒÏ„Î¹ÎºÎ¿ calculation â‚¬60 million.
The Greek government, therefore, expects to receive from the excise duty of â‚¬40 million. Without calculates a possible decline in sales and turmoil in the industry. Out the numbers, what do you think?
Is it, well, the weather (late in fact) to understand that the solution to the problem is the increase of the revenue from the incoming money and not from among us choking? A time to hear the word “equivalent” with determination and don’t choose the “easy” taxes. This Chapter will tell you the wine of your wine, so to be punished by the party of the working classes.
Let’s get serious!
Source