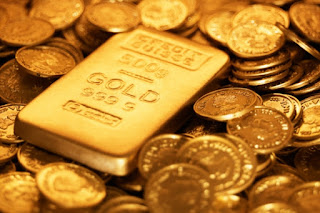 The precious metal continues to exploit the insecurity of investors in the face of global developments.
Continues and today, Monday (16/1) the upward course of gold, despite the mixed signs that recorded in the previous week, with the precious metal to receive a boost mainly from the weakening of the dollar against the yen.
Specifically, on the 10:05 p.m. the precious metal is enhanced by +0,77% with the price of the to be formed in 1.204,48$. per ounce, still above the threshold of $ 1,200, which have been found from the previous week.
A decisive factor for the strengthening of the precious metal is the american thought, which ÎµÏ†Î¼Î±Î½Î¯Î¶ÎµÏ„Î±Î¹ in -0,42% against the japanese currency.
At the same time, the market maintains a stance against the inauguration of president Donald Trump, with the hope that it will reveal more regarding the monetary policy that will follow.
Plays an important role and the prime minister of Great Britain, Theresa May, which is expected tomorrow (17/1) to appeal to the citizens of the country, with the local media to refer to the notice of a “hard” Brexit that will come.
The above-mentioned developments, it is logical that enhance the gold, which traditionally takes advantage of the fact that it is a “safe haven” for investors.
Source