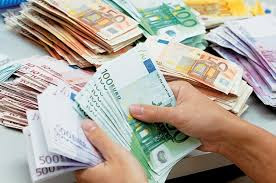 Serials without end reminds me of the embezzlement case from a commissioner of a sum of 65,000 euros. The amount has been deducted from the fund…
Our lady of Î Î»Î±Ï„Î±Î½Î¯Ï‰Ï„Î¹ÏƒÏƒÎ±Ï‚ in Aigio, greece. Back from the loss of money is a person above suspicion, which he served in the public and in a central position in the town of Aigio.
The hearing of the case dragging as she gets continuously procrastination, while impressive and the fact, that the head of the church in Aigialeia and Kalavryta, mr. Ambrose, not allowed to the officers of the church by the fund, of which 65,000 were doing it, “wings” , to put a lawyer.
Noting that the alleged responsible for the loss of 65,000 euros facing penalties for a felony
Circles of the church from Aigio let it be understood that it is not excluded that the constant postponements to be part of a plan in order for the case to be barred by connecting even this estimate with the fact that the church has failed to appoint his own lawyer as having a legitimate interest.
Source