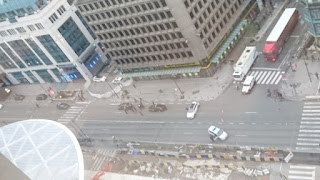 Evacuated a shopping center in Brussels after bomb threat!
The prime minister of Belgium Charles Michel said that the situation is very serious and called an emergency meeting.
A suspect has been arrested and is being questioned. According to RTL, there is information that the man was wearing a belt with explosives. This is the City 2 shopping mall in the centre of Brussels. The area has been blocked, and on the spot is the special unit, eod.
The prime minister of Belgium, Charles Michel, who was to appear in a show it off by saying that the situation is very serious.
Around the mall has created a security perimeter and has stopped the circulation. The police were notified with a phone call at 0530 in the morning.