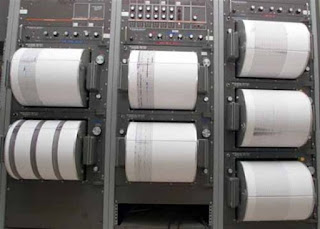 Earthquake 6,3 on the Richter scale was recorded in the sea area…
close to central Chile in accordance with the american seismic research institute (USDA), while as yet no reports of major damage.
The quake was centered 79 miles southwest of the city ÎšÎ¿ÎºÎ¯Î¼Ï€Î¿ and focal depth of 32 km. A few homes were left without electricity and some rocks fell in the highway by the earthquake, which was felt in neighbouring Argentina. The navy said that there was concern about a tsunami.
The area of the ÎšÎ¿ÎºÎ¯Î¼Ï€Î¿ was hit by an earthquake of 8.3 degrees in September 2015, which cost the lives of several people and created a small tsunami, and since then the area has been bedevilled by smaller earthquakes.
Chile is located in an earthquake-prone area known as the Ring of Fire the Pacific Ocean and is the place where it has been recorded the largest earthquake in historical times, size 9,5 degrees in May 1960. The earthquake created a huge tsunami wave that hit Japan.
Source