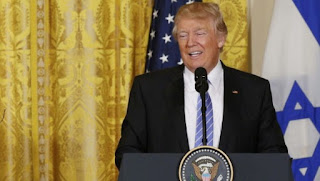 Donald Trump said yesterday that the chaos that prevailed at the end of the awards ceremony, Oscar…
due to the fact that the stars of Hollywood, many of which oppose it, have their minds on policy, and how they unleashed attacks on the same, rather than to deal with the orderly conduct of the ceremony.
“He was so focused on policy that did not control most things in the end,” said the president of the US right-wing website Breitbart News, which he conducted until recently, his advisor, Steve Bannon and the Greek origin Milo Giannopoulos.
The Trump was referring to the historical blunder at the end of the evening, when they first won the Oscar for best movie was given by mistake in La La Land before eventually the Warren Beatty and Faye Dunaway realize that I had to be in the Moonlight.
“It was a little sad. He removed something from the glamour of the Oscars”, concluded the american president.
The republican was not present at the ceremony of the Oscar, as well as hosted a dinner in the state governors to the White House where it was intended to be a discussion about “many things”, among them “the health system”, as he wrote on Twitter.
Donald Trump, however, throughout the duration of the awards ceremony of the american film academy, was the target of sharp schools by the presenter of the evening and winners, especially for the anti-immigrant policy.