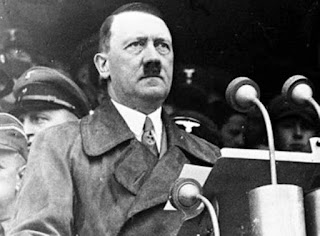 “Now, it’s official,” they write German….
MEDIA reproducing the news story that confirms the “genetic abnormality” of the FÃ¼hrer
Hitler had only one testicle, according to medical records that has been in the hands of the German historian Peter Fleischmann, and who relies on medical tests had been submitted to the Fuhrer after his arrest in 1923 in a prison in the country.
“Now, it’s official”, write German MEDIA reproducing the news story that confirms the “genetic abnormality” of the FÃ¼hrer.
According to the conclusion of doctors, the dictator of Nazi Germany had been born with undescended testicles and in accordance with the medical record, the problem occurred on the right side. Cryptorchidism is the absence of one or both testes from the scrotum. It is considered the most common anomaly at birth of boys.
“Otherwise, Hitler is healthy and strong,” commented Joseph Breen, the doctor of the prison of Landsberg, where he was being held for a short period of time Hitler. Then, the FÃ¼hrer has weighed 78 pounds.
Until recently, historians believed that these files were gone, however, “appeared” at an auction in Bavaria in 2010. The authorities have confiscated before they get to the “hammer”, and then, given at the university of Nuremberg to study.
According to records, contradicted the rumor that Hitler was wounded in the genetic organs during combat during the First World War. In addition, the new elements come in contrast with what was stated by the pediatrician of Hitler to the american authorities in 1943, namely, that the leader of the Nazis had been born without any abnormality.
Source