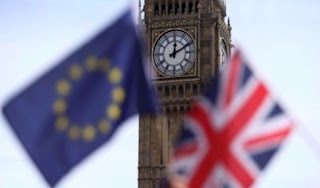 Britain has…
accept that you can not apply selectively the Brexit, supports the German newspaper Die Welt, citing statements by Lord Mark Pryce, of the British minister of Trade Policy.
As transmits the Athenian Agency, the chancellor of Germany Î†Î³Î³ÎµÎ»Î± Merkel and other European officials have repeatedly stated that London can not choose in which areas the European Union wants to remain a member, such as the single market, provided that it does not accept the principles as the free movement of workers.
“Message received,” said Price in the newspaper, adding that he had a lot of “very clear” discussions on this subject in the last few weeks, with European officials, such as the Mathias ÎœÎ¬Ï‡Î½Î¹Î³Îº, the deputy minister of Economy of Germany.
“The goal is to agree on all of these issues with a special trade agreement with the other members of the EU,” added Price. Britain, he noted, hopes to reach a solution within the next two years.