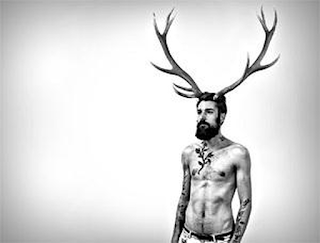 What is a cuckold and why it was given this title?
The nickname of a bitch, usually attributed to someone who has been conned by his wife.The quote often, even for the fun of it, without, however,
to know the substance of a particular word.
So let’s do a simple analysis!
Initially, it is good to clarify that the word cuckold.. not used all over the world(worldwide) to describe the person, his wife is not faithful. Only Greece, Italy, Spain and Portugal using the specific word. In fact, Spain, Portugal and Italy, when they want to talk about a Î±Ï€Î±Ï„Î·Î¼Î­Î½Î¿ husband, calling him with the word cabron (the goat). Keep that in mind because it has a great importance for the sequel!
The anthropologist Pitt-Rivers, says that the horns have a negative meaning: as the devil has horns, so the betrayed spouse bears the negative feature on it. In case you haven’t noticed, let’s say that the husband fails to perform marital duties or to satisfy his wife in a sex act with a result that is pointing somewhere else!
The manhood of the well has been tainted and he has to wear the symbol of the devil’s (horns) as a stigma for â€treasonâ€ against the family. More interesting, however, is the view of the anthropologist Blok, that’s the analysis a step further. He states that the mediterranean code does not deal necessarily with the same horns, but the horns of a particular animal, the goat (did you see I said to watch out for?).
The goat, well, tolerate… sexual access to other females in the match! Unlike ram, which does not tolerate competition and is distinguished by the dynamism and the violence of the scapegoat always appears as the most weak and humiliated! Even from the history-mythology like that.
The ram, for example, was the symbol of the gods: Amun, Zeus, Apollo etc. while the goat because of the sin of lust and unrestrained nature, connected with the Venus, Bacchus or pan. Even in the Old Testament or the Ancient Greece, the ram was sacrificed always to the gods as an expression of gratitude and generosity of god, while the goat sacrifice himself for sinners, to appease the wrath of God.
So that’s why we call someone Î±Ï€Î±Ï„Î·Î¼Î­Î½Î¿, bitch! Very simple explanation, isn’t it? Next time I will listen to the specific word, I’m sure you know 10 times more than the person who said it.
Source