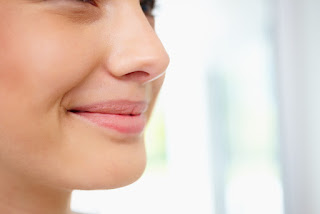 Any person, and if you look at it has the characteristic small groove under the nose, bounded by the nostrils and the upper lip…
For many years, science could not provide an answer to the importance of having this characteristic, as also in usefulness or function it performs…
Now, thanks to modern methods Î·Ï‡Î¿Î³ÏÎ±Ï†Î¹ÎºÎ®Ï‚ imaging, scientists were able scientists to solve the riddle of the human face.
The vertical of this “groove” is due to the way that formed the human person, in the 2nd – 3rd month of pregnancy and is called the “philtrum,” from the Greek term “Ï†Î¯Î»Ï„ÏÎ¿Î½”.
According to what explains Dr Michael Mosley, in an episode of the BBC series “Inside the Human Body”, “Ï†Î¯Î»Ï„ÏÎ¿Î½” is essentially the merging of the three main parts of the human face, above the upper lip.
In simple words, it is the “seam” of the three parts that develop at first separately, before putting together a human face.
It’s amazing the fact that, if the “Ï†Î¯Î»Ï„ÏÎ¿Î½” didn’t exist, the human person essentially would not have the form that we know today.