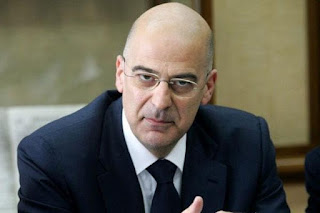 The Parliamentary Spokesman and Mp for Athens B in the… New Republic Nikos Dendias commented on the political developments in the show that are of the journalists, Andreas Papadopoulos and Mariana Pirgioti the radio station “Xenos 90,1”.
The following are the key points from the interview of mr Dendias:
Â· In 2014 there was the list of ÎœÏ€ÏŒÏÎ³Î¹Î±Î½Ï‚, but neither the correlation of names and accounts.
Â· Mr Samaras was not opposed to hunted down tax evasion.
Â· This case is made to show the SYRIZA party that supposedly is the only one who cares about transparency.
Â· Things are very bad. And the fact that mr Tsipras does not offer us absolutely nothing is the absolute truth. And that shows two persons is also true.
Â· How will you communicate if mr Tsipras slander the New Republic?
Â· Politics is not about self-righteousness. The corruption is not combated by the Ministers but by the Greek Justice.
Â· The prime Minister throws mud at all, but not differentiated responsibilities.
Â· Yesterday mr Tsipras spoke only for european responsibilities to the refugee. Not for the responsibilities of Turkey and his government.