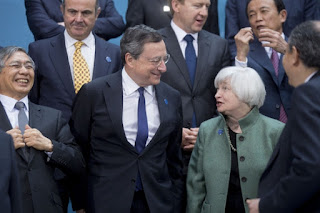 The ECB, unlike the FED or the Central Bank of Britain has focused typically on the increase of inflation but the…
facts prove that inflates the bubble valuations.
Have you ever asked yourself why while the FED Î¼ÏŒÏ‡Î»ÎµÏ…ÏƒÎµ a total of 111 times in the chapters of breaking every record central bank bubble, the yields of american bonds is not resolved in the negative?
Have you ever questioned why the ECB Ï…Ï€ÎµÏÎ¼Î¿Ï‡Î»ÎµÏÎµÎ¹ the balance sheet of a total of 30 times has a lead 84 bonds in the eurozone on negative interest rates?
Have you ever asked yourself why the 19 essential bonds of Switzerland 18 have negative interest rates?
Did you ever wonder if the strategy of the central banks to buy government bonds or corporate bonds ultimately are aimed at not the liquidity in the system but the improvement of valuations that?
First and foremost let us give some statistics
The total assets of the ECB amounts to 3,067 trillion. eur 98.8 billion. chapters.
The Deutsche bank with 1,68 trillion. assets has 68 billion. chapters.
The average assets of the ECB between 1999 and 2016 is 1,78 trillion. and in June of 2016 was found in a historically high in 3,067 billion.
The FED is the us central bank which is the sum of state central banks with stronger the FED’s New York displays of 4.46 trillion. dollars assets, while the funds amount to only 40 billion. dollars.
Of the remarkable mortgage backed securities reach 1.7 trillion.
Obviously the leverage of the FED is extreme, so extreme that if a commercial bank had a leverage today, would be the number one risk of bankruptcy.
To consider that a commercial bank shows a leverage of 7 to 10 times its capital.
The central banks have followed a risky strategy with the quantitative easing.
First “teacher” in Japan, followed by the FED and most recently the lead has been taken by the ECB.
But what really happened?
The programs of quantitative easing have benefited the shareholders of the banks in the US, the bond issuers in Europe watching 84 bonds have negative interest rates.
How much liquidity ended up in the real economy?
After years, the pace of credit expansion in the EU became a little stronger at 1.5%, but in Greece continues with a negative rate.
Some answers
Because, despite the quantitative easing bonds in the U.S. experienced negative returns in?
The reason has to do with the structure of U.S. debt (corporate, sovereign, asset backed, municipal, etc.) but the overall strategy is not affected pension funds.
In Europe, pension funds have been almost reset their yields, as well as when there are 84 bonds with negative yields….income from interest not only to reset but enter and damage.
Also a noteworthy phenomenon, and the bonds of Great Britain do not exhibit negative returns but p.x. in Denmark 8 bonds have a negative interest rate, in France, 11 bonds, in Germany 13 bonds and in the Netherlands 9 bonds.
In Britain, the 30-year bond displays performance 2,07% would be a realistic performance, if there were no risk for the Brexit.
The conclusion
The ECB, unlike the FED or the Central Bank of Britain has focused typically on the increase of inflation but the facts prove that inflates the bubble valuations.
It will prove a strategic mistake, the purchase of corporate bonds as the markets to 10 billion. monthly returns will fall will reduce the spread between government and corporate bonds and create a bubble….corporate debt when the past experience proves that in spite of the control mechanisms is not certain that the balance sheets of the companies do not hide risks.
H evolution of the balance sheet of the ECB 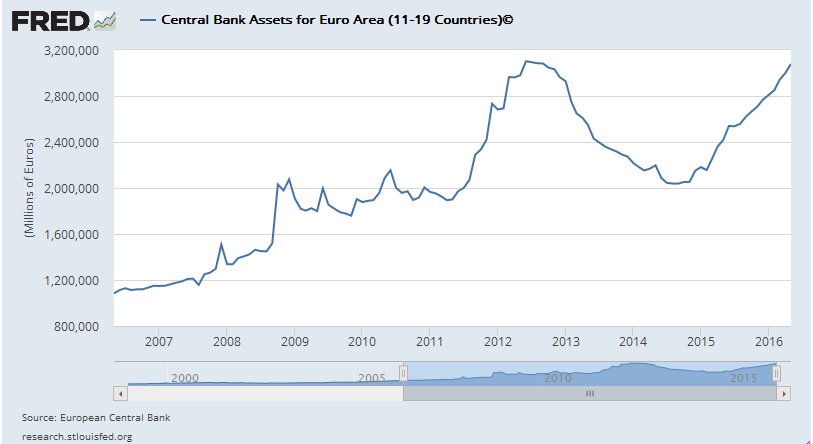 Evolution of balance sheet of the FED 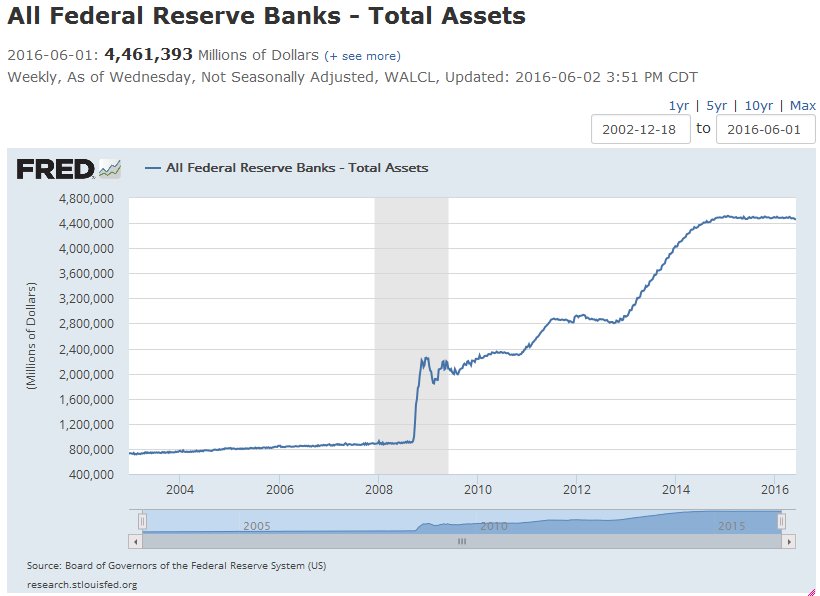 Structure and money flow in the EU…