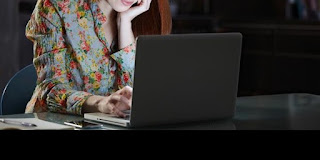 Case of online fraud examines the TAE Larnaca for which the police arrested 37Ï‡ÏÎ¿Î½Î· from the Czech republic…
Against the investigated offences in contravention of the prevention and suppression of money laundering law, fraud and forgery by an electronic computer, and theft.
The offences were carried out between October 2015 and September 2016. The 37Ï‡ÏÎ¿Î½Î· allegedly had created a website on the internet, in which introduced false data relating to the sale of products, which then were on sale in asian countries.
Also ÎºÎ±Ï„Î±Ï‡Ï‰ÏÎ¿ÏÏƒÎµ untrue and inaccurate information about the address and contact numbers, in order to not be detected.
After moving into sales, the buyer pay by sending in Cyprus wire transfer in her name, either through a bank or through a company sending money.
Yesterday at around 7.30 in the evening, the 37Ï‡ÏÎ¿Î½Î· Czech girl was arrested at Larnaca airport, shortly before her departure for Amsterdam, and was placed under arrest.
Later today expected to appear before the District Court of Larnaca, in order to request the issuance of a decree of detention, in order to facilitate the investigations of the Police.
Source