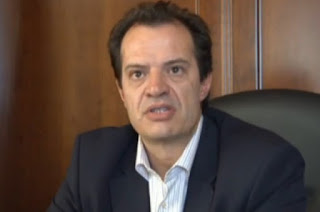 The island is today the Secretary-General Infrastructure Giorgos Dedes, in order to carry out tour in…
the whole island with a background of major road projects, which have beset our country in the last few years.
Mr. Dedes will be found at 12 noon in the Region of Crete, where the focus will be major projects on the island, such as breeding operations in the Northern Road Axis of Crete, but the road from Heraklion to Messara.
On the agenda of the visit of the secretary-general is also the airport in Kastelli.
Then mr. Dedes has contacts in the Municipality of Hersonissos, but also with members of SYRIZA, while up to Saturday, and is expected to depart from the island, you will visit Rethymno, Chania and Lassithi.
Source