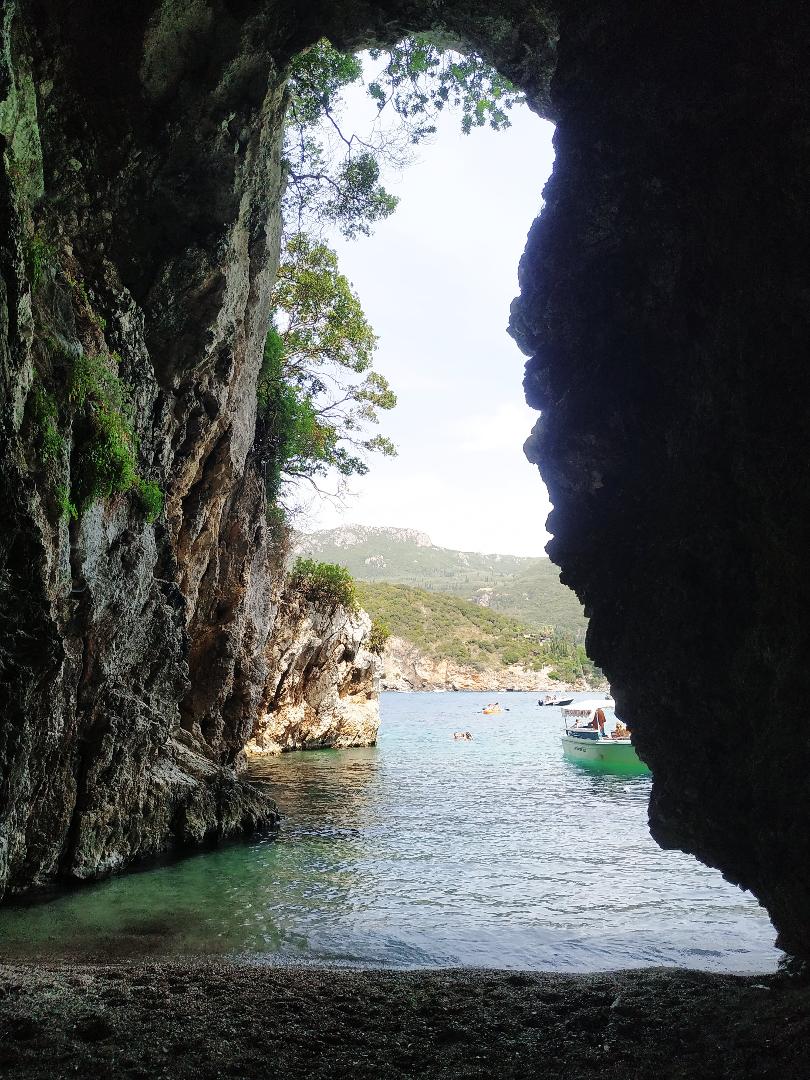 Rovinia beach is considered one of the most beautiful beaches in Corfu, while it is characterized by its visitors as a “water corner of paradise” on the island.

It is located on the west side of the island in the area of ​​Liapades, south of the well-known beach of Paleokastritsa, at a distance of about 20 km from the city.

The natural beauty of Rovinia gives it a uniqueness, as it is surrounded by caves that on their surface are “drowned” by dense vegetation, but at the same time “poured” into the deep blue sea.

Rovinia belongs to the secluded, pristine beaches of the island, but attracts many visitors. Its waters are clear, turquoise, and crystalline, with shallow crystalline spots and cold due to the cold sea currents coming from the Adriatic Sea.

Rovinia is adored by young and old explorers of the sea, as they have the opportunity to swim in its caves to learn its secrets. Special, unique, in an eerie landscape that seduces anyone who visits it.