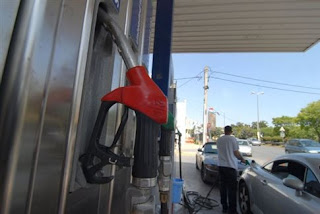 After pressure from the E.The.E.E.K, been the subject of two important decisions for the… control over the Illegal Trafficking of Fuel which were published in the Government Gazette on 16 December 2015 the ministry. number. 0004170 ON 2015 and 0004169 referred to in,
1.Procedures and specifications installation and operating integrated electronic control system input âˆ’ output in floating means (ÏƒÎ»Î­Ï€Î¹Î±, etc.) transfer of petroleum products. Installation, procedures, and specifications installation and operation of an electronic positioning system (Global Positioning System âˆ’ GPS). Creation of Coordination Centre in C.C.E.P. the Ministry of Finance . Compliance requirements, registration, operation and assurance of measurements on the transported quantities and the electronic shipment data. Definition of the implementation timetable, as well as the type and content of the data provided by this system …
The timetable for implementation, within twelve (12) months of the adoption of K.Y.A
2.Procedures and specifications for installing control and integrated monitoring system input âˆ’ output on free installations of petroleum marketing companies and on-site sellers of heating oil, on all kinds of premises liquid fuel to private fuel stations for public and private sector, as well as on-site chemicals (methanol, toluole, solvents etc.), which are the materials of an impurity in liquid fuels and set a timetable for implementation, as well as the type and content of the data provided by this system…
Implementation schedule within six (6) months of the adoption of K.Y.A
The version of the above decisions and other things that need to be adopted immediately, such as molecular tracing of fuel, combined with the current positions-Prime minister’s statement to the members of the Ministry. Council, we hope that is the beginning of the end for the control and combating of illegal trafficking of fuel smuggling, fraud, theft, Î´Î±ÏƒÎ¼Î¿Ï†Î¿ÏÎ¿Î´Î¹Î±Ï†Ï…Î³Î®, etc.), of which have been lost in the last 20 years, public revenues of several billion euros.
THE E.The.E.E.K will support and assist every Government effort for the consolidation of the Market of Petroleum products.
PANHELLENIC FEDERATION Î Î¡Î‘Î¤Î—Î¡Î™ÎŸÎ¥Î§Î©Î INTERFACE FUEL
E.The.E.E.K.