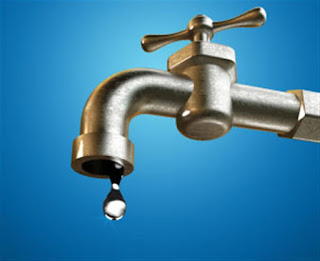 The night before City Council discussed and voted the…
pricing policy of the Î”Î•Î¥Î‘Î  for the year 2016.
The Municipal Authority shall continue to the fullest extent of the relief for the poor folk families with reductions in the price of the water.
It is kept for 2016, the 30% reduction of tariffs, and expands the social categories with acute problems, with the increase of income criteria.
So for 2015 the popular families ÎµÎ»Î±Ï†ÏÏÎ½Î¸Î·ÎºÎ±Î½ at 1,500,000 euros from the reduction in the price of water.
In the debate it was accepted and it was decided that a 50% reduction in the price of water for all of the long-term unemployed who have a family income of up to 6,000 euros a year.
Also drops from 80 to 50 euros, the price in the evacuation of septic tanks.
The lineup of the SOUTHWEST (“New City” K. Christopoulos) voted against the recommendation because he disagrees to increase the scales of pricing for large consumptions.
Also voted against the government faction (RAP) after a recital of a policy of hypocrisy and distortion, which proposed greater reductions of tariffs and exemption of the elementary school bands of any pricing thus sparing the state and the government from the responsibility of funding the operational needs of the schools, while at the same time accepts and supports the reciprocity in the functioning of the Municipalities and of the Î”Î•Î¥Î‘Î  to pay i.e. the second time the pop family for the services they offer.
With the well-known political nerve, which makes them blame for lax treatment of large debtors the Î”Î•Î¥Î‘Î  while aware that the board.P. the Î”Î•Î¥Î‘Î  is obliged and has the major debtors in the adjustment for the doses under a law that passed the power-sharing SYRIZA â€“ ANEL.
Accept the unpopular institutional framework that provides for the Î”Î•Î¥Î‘Î  as a commercial business and is taxed at 26%, is financed from the state budget and revenues of the business exceed its operating costs and to create reserves for projects, with the result that the water is of the utmost vital emergency social good has been transformed into a commodity that would become expensive and rare for the working classes if the Municipality take the lead in the creation of the management body of the dam, Pin â€“ Î Î±ÏÎ±Ï€ÎµÎ¯ÏÎ¿Ï… with trunk the Î”Î•Î¥Î‘Î .
This is why the RAP against, among others, and the decision is up for grabs:
– The immediate implementation of the necessary technical works to ensure the adequacy and the rational management of cheap, clean water, without PPP, the competent state body. Based on this position, it is claimed that the Barrier Pin â€“ Î Î±ÏÎ±Ï€ÎµÎ¯ÏÎ¿Ï….
– The pricing from the PPC industrial tariff.
– The recruitment of permanent staff with full insurance and wage rights. Directly to recruit the 34 successful candidates for the ASEP, because after the retirements of the last few years the function of the Municipal Enterprise is marginal.