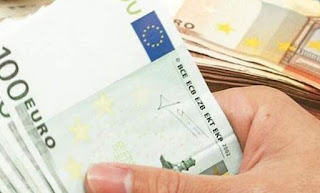 In 20 billion. euros is the amount of red loans, which, while… there is the economic ability to pay, this is not done, as these borrowers seek to take advantage of the crisis.
As revealed by the Daily journal, citing estimates by Yannis Stournaras, a percentage of red loans-mortgage and ÎµÏ€Î¹Ï‡ÎµÎ¹ÏÎ·Î¼Î±Ï„Î¹Î¹ÎºÏŽÎ½, which amounts to 20%, or 20 billion euros, relates to borrowers who are to meet their obligations but do not do so to benefit from the crisis. The treatment of non-performing loans is the biggest challenge they have to face not only the banks but also the wider domestic economy. If dealt with effectively the red loans, and especially the strategic deadbeats, then the banks may become a source for spin-off revenue for years to come. In the same report it is underlined that:
According to estimates 40% of all those who have submitted applications for membership in the law Katselis, not just can they must pay back their obligations from the banks, but to retain very high deposits.
The picture today in terms of non-performing loans is extremely negative. Of the approximately 204,5 billion. euro balances of loans to enterprises (96,5 billion), freelancers (13.5 billion) and households (94,5 billion), more than half are either in the final delay or are one step before being put on the status of the delay. Bank officials point out that without addressing the non-performing loans not be able the banks to contribute actively to the financing of enterprises and households in order to achieve the restart of the economy.