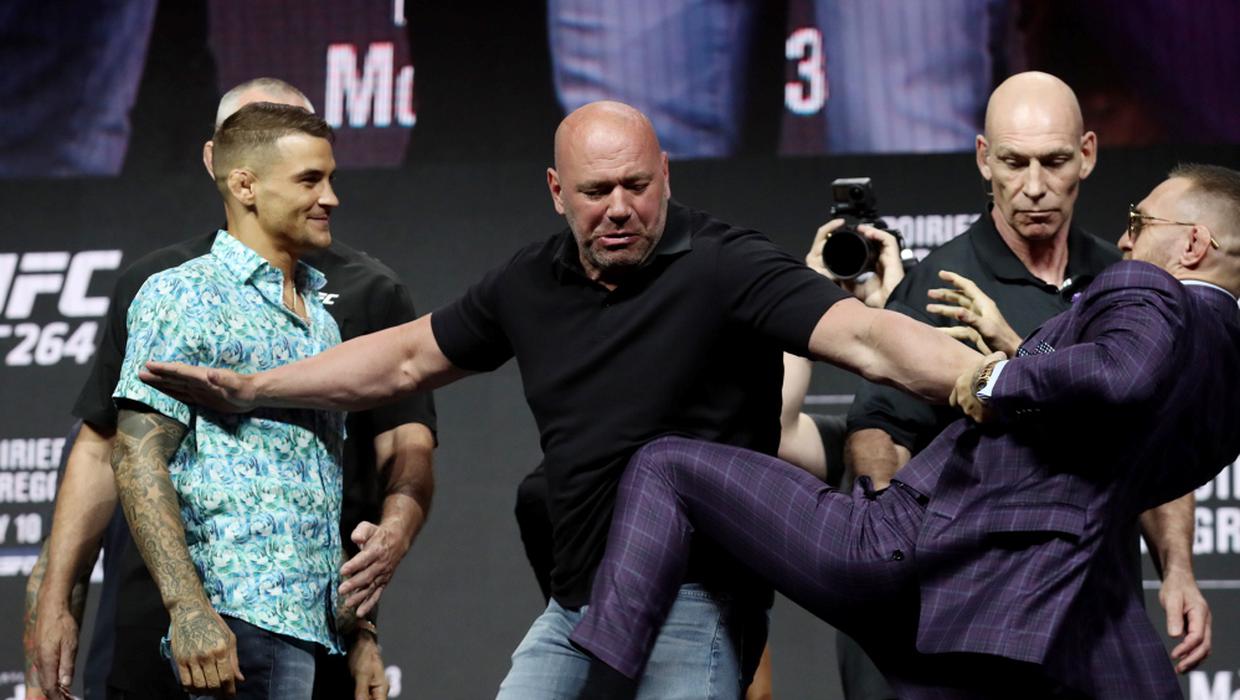 McGregor will take on the American for the third time at the T-Mobile Arena in Paradise, Nevada, this weekend with both men having scored a win over the other.

Following a friendly build-up to their bout earlier this year, the Irishman brought a lot more hostility to the press conference, kicking out Poirier during the face-offs.