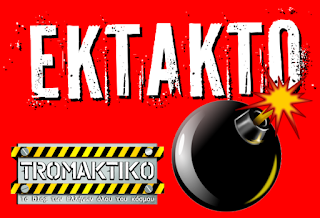 The minister was careful not to say what… concessions it is prepared to make the Athens…
If the time passed without an agreement with creditors, the uncertainty will return, and will begin debate on the fourth memorandum, warned by the London School of Economics, the Deputy Minister of Finance Giorgos Î§Î¿Ï…Î»Î¹Î±ÏÎ¬ÎºÎ·Ï‚.
With regard to the absence of the EuroWorking Group of Brussels said that it was agreed after discussion with the head of the group, Thomas Î’Î¯Î¶ÎµÏ and that this is not the first time, represented by his deputy. However, as completed, will be Friday in the belgian capital.
More specifically, in response to questions from the audience as it transmits the Sky, mr. Î§Î¿Ï…Î»Î¹Î±ÏÎ¬ÎºÎ·Ï‚ said that if allowed the time to pass without a deal for the second assessment and we get to May or June, then the uncertainty will return, which is the worst case scenario for a country in economic recovery after a deep recession.
“Those who think that the agreement should be left to roll until June because Greece will then, with his back against the wall they’re wrong, mainly because, until then, we will return to a typical cycle of uncertainty for the liquidity, the program will be in essence dead, and it will start a conversation for the fourth program,” the minister said.
“We will find ourselves in serious trouble,” he added, assuring that the government is fully aware of this risk and do everything you can to prevent it.
The question of his absence from Brussels replied that it was in contact yesterday with mr Î’Î¯Î¶ÎµÏ with whom he made an assessment of the situation and agreed to be “spared,” mr Î§Î¿Ï…Î»Î¹Î±ÏÎ¬ÎºÎ·Ï‚ an additional trip to Brussels. “This is not the first time that I’m away. Usually here but not always. There have been enough cases of that to replace my deputy, which is institutionally sanctioned to be there. I’ll be in Brussels tomorrow morning anyway for a series of meetings,” said mr. Î§Î¿Ï…Î»Î¹Î±ÏÎ¬ÎºÎ·Ï‚.
At the end of the event he told reporters, joking that I went to in Brussels as the deputy of the “is best”.
Mr. Î§Î¿Ï…Î»Î¹Î±ÏÎ¬ÎºÎ·Ï‚, who spoke on “conditions for sustainable recovery’ of Greece said that the government is working so significant progress has been achieved by the Eurogroup of 20 February.
He avoided to answer the question of what concessions it is prepared to make the Greek side, saying that he wouldn’t open his cards, while added that it is an attempt to bridge the gap “between Germany and the IMF”. He criticized the Fund saying that it has repeatedly failed, with a “huge” deviation, to predict the performance of the financial indicators in Greece.
He stressed the need to achieve an agreement quickly, noting that it “wouldn’t make sense to close a good deal in five months” and that “it is preferable to even a little worse deal now.
In terms of the divergence of views with the IMF, mr Î§Î¿Ï…Î»Î¹Î±ÏÎ¬ÎºÎ·Ï‚ said that he agrees with the position of the Fund for a milder fiscal targets, which was described as “desirable”, but noted that the government disagrees with the Fund that has the ability to achieve higher primary surpluses without additional fiscal measures, in particular after the expiry of the current programme.
In his speech he said that there was “definitely” a third bailout program after unsuccessful completion of the second programme, which like the first was “half-baked”.