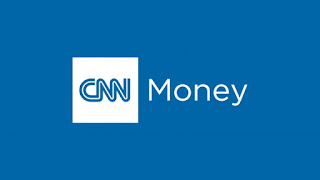 The vast majority of investors (i.e. 77%) had earnings in 2016, while the women achieved a best odds in relationship with their men for the third consecutive years, according to data from the app Openfolio, which presents the CNN Money.
As stated in the same publication, in 2016, there has been a great shift in respect of 2015, when most investors (men and women) have lost money.
“The strengthening of optimism of investors, but also the fact that the stock markets reached historically high is very good news for the end of the year,” says Scott Wren of Wells Fargo Investment Institute.
According to the same information, the average investor achieved returns of more than 5% in 2016.
This may not sound like much given that the Dow Jones recorded profits of 13.4% -the biggest rise since 2013 – but most investors do not invest all their money in american stocks.
Diversify their portfolio by investing in bonds, in Europe, Japan, emerging markets and commodities like gold and oil.
In fact, Russia has proved that it is one of the stock exchanges with the best performance for 2016.
“We tell investors to persist in what they have.
Stay diversified.
It’s not the right environment for risk-taking,” according to Kate Warne of Edward Jones.
Source