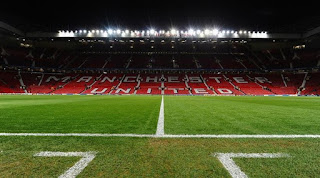 “Come on, we seem to be many” is the motto that prevails in the… ranks of Manchester United. The makers of the “Red Devils” they see the interest of fans of falling and a fear that the spectators in the next match of the Europa League with Midtjylland will not reach even 60,000.
So they decided to shut down the 5,000-capacity 3rd tier and to allocate tickets for only the first two. Yes, it was announced that those fans have a ticket for that tier, will be transferred to a better position, at no additional charge.
The presence of 59,265 fans in the match with Athletic Bilbao in 2012, is the last negative record attendance and there are fears that it will come crashing down. The previous move of Manchester United to reduce the cost of the ticket 25% dropped in a vacuum, so looking for other ways of attracting followers.