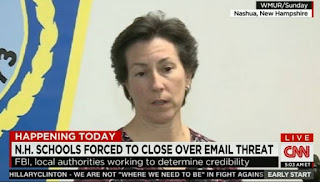 In the state of USA, New Hampshire, will remain closed…
schools after threat of violence and attacks. All public schools in the area of Nashua will not open so as to avoid any attack.
The officials of the police do not know whether this is a serious threat. But given that in America the terrorists don’t play by the attacks and especially against schools and universities, have asked all students to stay at home. The district has 12 elementary schools, 3 middle schools and 2 high schools.
“We have received a threat aimed at all the students and staff at both middle schools and high schools,” said Conrad. “Because the threat is specific and extends to a lot of schools, we will be careful and for this we ask you to remain closed all the public schools in Nashua, Monday 21 December”.
The police said it received an e-mail with the threat, but I don’t have more details.
Source