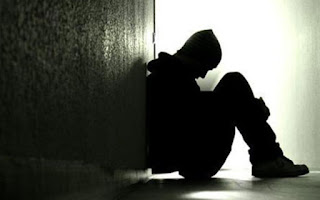 Negative emotions like insecurity – anxiety – fear, anger – frustration, frustration – bitterness – sadness, anxiety, due to the economic crisis… it expresses more than 44% of the Greeks, with the highest percentage to appear in people with a low income and in parallel there is an increase of depressive mood. In addition, the health of the Greeks record a downward trend, while a 25% are unable to receive treatment for reasons of cost.
According to a survey of the GPO, on behalf of the National School of Public Health, for the health and care of the Greek population under conditions of economic crisis, the health of the Greek population is recorded as steadily declining, it must be noted, a straight correlation of the Î±Ï…Ï„Î¿Î±Î½Î±Ï†ÎµÏÏŒÎ¼ÎµÎ½Î¿Ï… level of health with income, on average, with a score of 74% with 100 corresponds to perfect health, association of chronic health problems with age, obesity and level of education. With regard to the social dimension of the research, it was recorded that approximately 1/3 of the Greeks most of the time, finding it difficult to cope with in the accounts, and that in the group of the population’s total income is directed to bills and debts, the self-esteem of health is considerably below the average. For reasons of cost, a 25% of the population did not receive treatment or did not do appropriate tests. The research showed some results which are ÎµÎ¾Î¹ÏƒÎ¿ÏÏÎ¿Ï€Î·Ï„Î¹ÎºÎ¿ÏÏ‚ factors in the environment of economic crisis, such as reduction in rates of smoking, consumption of alcohol or red meat; a trend that is confirmed in the studies of the last 13 years.
The highest rates of good health, are recorded in Attica and Thessaloniki, while the worst in the Aegean islands and Crete, due to difficult access to health services. According to the survey, there is a fall in the level of health at young ages, between 2011 and 2015. With regard to the Î±Ï…Ï„Î¿Ï‡Î±ÏÎ±ÎºÏ„Î·ÏÎ¹ÏƒÎ¼ÏŒ the level of health by income category, as expected, was better in proportion to the amount of the income, with the exception of persons without “any income”, which indicate good health. This paradoxical finding was attributed to the young age of the persons belonging to this income category. Finally, the 42% of respondents in the research has been diagnosed with a chronic disease, more than half are women, 2 in 3 are overweight and obese, while 1 in 5 patients with chronic problem remains smoker -with this ratio is 1 in 3 for patients with chronic pulmonary problem. The study confirms, therefore, the high morbidity of metabolic syndrome and records that a 59% of the sample made use of health services is obese and overweight.