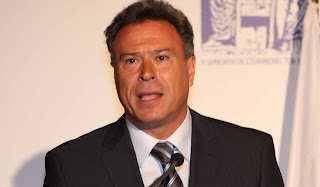 Unprecedented situations happened at yesterday’s meeting of the Regional Council of Attica, where for the first time.. in time withdrew all opposition factions.
The occasion was the sudden absence of the regional Governor of Attica, the debate on the use of the Greek and the rejection of the request for a short postponement of the given and the complete lack of data on what happens in the area.
It is recalled that in many public settings of the current Governor and erstwhile member spoke about a crime to the detriment of citizens and a sell-out, with the occasion of the then plans for utilization of space, and the current lack of in some way out of the difficult position since they would have or come across the party and the government, or for the umpteenth time to contradict herself.
That is chosen the absence of a result at the meeting.P. to be left alone to discuss the faction of SYRIZA, which issued a resolution “dust in the eyes of the citizens”, which was ratified by the few states that had left.
In a statement, Yiannis Sgouros noted that “had this happen and I have to leave for obligations abroad, but we all need to respect the function of the Regional Council. The investment in the Greek is of crucial importance for the entire basin and for this reason Ï„Î±ÎºÏ„Î¹ÎºÎ¹ÏƒÎ¼Î¿Î¯ do not fit. Enough we paid the obsessions and creative ambiguity. We want clear answers from the State, dialogue normal and not pretextual, as in the case of the PPA. We don’t want to trash another space. It is a shame what is happening there. Say yes to development, we say yes to the utilization, in terms of transparency and protection of the public interest”.