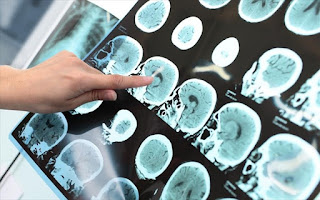 There are few studies that have focused on the negative effects of environmental pollution on the health of our…
One of them, which became, with the collaboration of the Children’s hospital of Los Angeles and the School of Public Health, Columbia University, New york. York, 40 children who were followed from embryos up to the age of 9 years, has linked air pollution with incomplete development of the brain of children with serious behavioural problems in adult life.
In another study, British researchers at the University of Edinburgh analyzed data from 103 studies from 28 countries and many thousands of people and found that air pollution contributes significantly to the increase in the risk for stroke.
In another study, scientists from the Schools of Public Health of the Universities of johns Hopkins and Harvard, led by Melinda Power analyzed data from 71.300 women aged 57 to 85 years of age and concluded that air pollution increases the risk of developing anxiety, a mental disorder affecting about 16% of people worldwide.
The contamination of the environment is steadily growing and scientists continue to point out that affects all populations, to the detriment of a large number of people.
With this in mind, the scientists of Harvard university in Boston, conducted one of the largest surveys ever made, with the aim of better understanding the relationship between air pollution and strokes.
They analyzed the data from 155.503 ischemic strokes and 19.314 bleeding episodes from nine U.S. cities and at the same time examined examined the data on the type and extent of air pollution in these.
Specifically, they looked at particulate matter with a diameter of less than 10 m. derived from car exhausts, factories etc., the carbon monoxide and dioxide nitrogen and sulphur in terms of their impact on the environment.
The results showed that with increasing contamination of the air we breathe with small suspended particles, so increasing the appearance of strokes. Depending on the results, and for carbon monoxide, nitrogen dioxide and sulphur dioxide.
The scientists found that the increase of the index of pollution on the environment increase by 1% the introduction of patients with stroke in hospitals. And maybe 1% might seem a small percentage, however as you are the experts in the total population is a large number of patients.
They suspect that environmental pollution causes inflammation in the cardiovascular system, pulmonary reflexes that alter blood pressure and heart rate and changes of coagulation in the blood creating clots that clog the brain arteries.
As they say, it takes intensive efforts to reduce pollution in the environment as well as clean is the air that we inhale, the less will be the strokes that are caused.