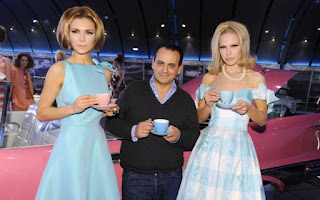 The situation in the market, the prospects of the Greek economy and the… capital controls boost well-known fashion designer Vassilis Zoulias in an outbreak via Facebook in of Alexis Tsipras and the government.
“It is only through some miracle I managed to keep my business. My employees who voted ” hoping for the best, dissappointed,” reveals, among other things.
“There is here mr. Tsipras and the perfect English, since I don’t have a … never mind… enough ….or has another god…? if it has, give me the power…”, underlines the well-known designer, commenting: “First time to the left, the first time such a mess”.