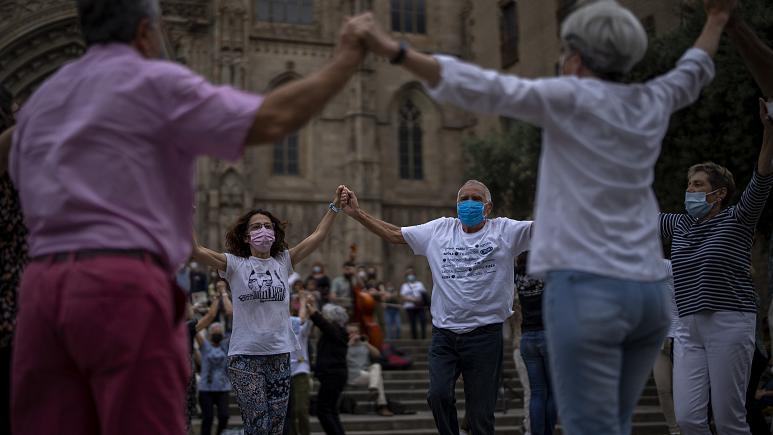 Spain will lift the mandatory use of the mask outdoors from June 26, Prime Minister Pedro Sanchez announced today.

The announcement follows a decision by neighboring France to do the same as the number of new coronavirus cases is declining, although concerns remain about the spread of the delta strain.

“This weekend will be the last with masks outdoors because next year we will not wear them anymore,” Sanchez said at an event in Barcelona.

The prime minister noted that the cabinet will be convened on June 24 to approve the lifting of the measure from June 26.

With the exception of cases such as physical exercise, the use of the mask is mandatory by law indoors and outdoors in most of the country, regardless of the social distancing measures that have been in force since last summer and for all citizens over the age of six.

However, with the number of new cases declining and almost half the population having received at least the first dose of the vaccine – including more than 90% of people over the age of 50 – some local authorities are calling for the measures to be relaxed.

The proportion of infections nationwide over the past two weeks fell yesterday, Thursday, to 96.6 cases per 100,000 citizens from 150 cases a month ago, while the pressure on the health system has been significantly reduced since the beginning of the year.

Spain’s 17 autonomous communities are primarily responsible for managing health care, but major policy changes must be proposed by the central government, in a system that often causes tension between local and central authorities.

Last week, the government was forced to back down on its plan to gradually reopen nightclubs following strong unease from local authorities, who described it as either too strict or too lax.