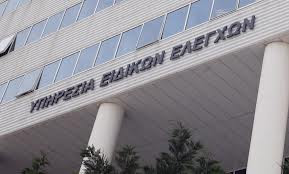 Unregistered storage space which was used as a lab…
processing and bottling of alcoholic beverages as well as falsified labels with elements of Greek importers or representatives of beverages identified by the staff of the Department of Narcotics – Weapons & other regulated products.D.The.E. E.D. ATTICA & AEGEAN spotted Friday in the area of Ilioupoli.
In this space seized 1.527 bottles of alcoholic beverages, 975 liters of spirituous liquor in bulk for which arose on the basis of tax data, legal introduction in the Greek Territory, a multitude of self-adhesive labels effigies of well-known beverage machine, bottling, Î¸ÎµÏÎ¼Î¿Ï€Î¯ÏƒÏ„Î¿Î»Î¿ detachment of labels, washer bottles, and a moped that is being sought as a stolen.
At the same time in surveys carried out by other levels of employees of the Service to adjacent businesses in the wholesale marketing of alcoholic beverages and in business marketing beverage in Agios Dimitrios seized 2.967 bottles of alcoholic beverage for which there was no legitimate admission in the Greek Territory and a car brand MERCEDES CLK 200 and this Î±Î½Î±Î¶Î·Ï„ÎµÎ¯Ï„Î¿ as stolen. Received tax information import import company drinks based in Thessaloniki, which investigated the legal function.
Service detained five people, were arrested and have been referred to two individuals who were brought to the Prosecutor’s court of first instance of Athens, as they search for two people who escaped capture during the Î±Ï…Ï„ÏŒÏ†Ï‰ÏÎ·Ï‚ process.
The whole company contributed to men of the EL.NES and Mobile Control Group ( K.The.(E) the (Fâ€™ Customs office of Piraeus.
The investigation continues for the identification of the total Î´Î¹Î±ÎºÎ¹Î½Î·Î¸ÎµÎ¯ÏƒÎ±Ï‚ quantity of alcoholic beverages from the companies concerned in order to establish the evading duties and other taxes.
Source