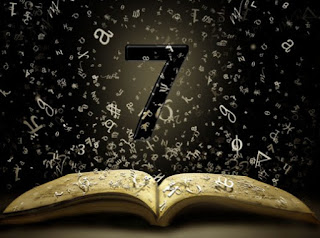 Coincidence repeated stops to be coincidence. And in the case of the number 7 is a lot of historical references…
Of the 7 Î¸Î±ÏÎ¼Î±Ï„Î±Ï„Î¿Ï… the world, 4 were in Ancient Greece, and 3 outside. The numbers 3 and 4 also had a symbolic meaning for the Greeks.
The Ancient Greeks divided the oceans of the world in the 7 seas: The Aegean, the Mediterranean, the Adriatic, the Black, the Red, the Caspian sea and the Persian Gulf.
The Î Ï…Î¸Î±Î³ÏŒÏÎµÎ¹Î¿Î¹ considered the 7 perfect number because it is the sum of 3 and 4 corresponding to the perfect shapes, triangle and square.
The Ancient Greeks recognized the 7 as a mysterious number, for the geometric properties, e.x. 7 points can’t create symmetry in a circle!
Philoctetes sailed with 7 Ï€Î¬Î½Î¿Ï€Î»Î± ships to Troy with the purpose to defend the Greeks during the Trojan war.
The tragedy of Aeschylus, Seven against Thebes recounts the campaign of the 7 Greek kings in Thebes, the City of the 7 Clay!
The metals known in Antiquity, it was 7: Gold, copper, lead, tin, mercury, silver, iron. On these was based the evolution of the Culture!
7 in Ancient times! In Ancient Sparta, the education of boys starting from the age of 7 years old!
The 7 planets known in ancient times were: Mercury, Venus, Mars, Jupiter, Saturn, Sun and Moon.
According to Homer, Apollo was 7 herds of oxen.
In Ancient Egypt one of the first meteorological systems described 7 different climates, splitting the world into meteorological zones.
The Ancient Greeks divided the anatomy of the human body into 7 parts: Head, chest, stomach, 2 hands, 2 feet.
The 7 appears often in Mythology: 7 is the Pleiades, Daughters of Atlas and of Î Î»ÎµÎ¹ÏŽÎ½Î·Ï‚, corresponding to the 7 visible stars of the constellation of the Pleiades!
The number 7 appears often in Greek Mythology: The lyre of the Ancient God Apollo, had 7 strings.
The 7th day of Creation is that of the rest of the holiday and symbolizes completion and perfection!
The number 7 appears often in religion. 7 are the Christian virtues: compassion, humility, purity, altruism, clemency, kindness, industriousness.
7 in the religion! According to the Bible, Noah took on the Ark, 7 pairs of every kind of bird.
The number 7 is used 70 times in the Old Testament!
The Muslims are entitled to have 7 women according to the Koran.
The autonomous state of Vatican city was founded on 7/7, 1929!
7 parts of the body decorated with jewels: The head, the neck, the hands, the feet, the ears, the nose and the middle of it.
According to science there are 7 energy fields in the human body and are located along the spine!
Each phase of the Moon, lasts 7 days.
In China, it is believed that the 7th day of the first moon of the year, is the birthday of humanity, and everyone’s celebrating a birthday on this day.
The Chinese Philosophy considers as fundamental elements the following 7: Air, water, metal, aether, fire, wood, and earth.
The number 7 appears often in Mythology. Odysseus before returning home to Ithaca, he stayed on the island of Calypso for 7 years.
7 in Geography! 7 is the Ionian islands: Corfu, Kefalonia, Zakynthos, Ithaca, Lefkada, Kythira and Paxi.
The number 7 appears often with symbolic significance in the well-known book series Harry Potter â€“ which will consist of 7 books.
7 is the Byzantine musical notes: PA, BOU, GA, NOT, WITH, LIVE, SCREEN.
The 7 names that have been given in Constantinople: Constantine’s City, the New Rome, Antonia, Treasure of Islam, a Separator of the World, Istanbul, and Istanbul.
Our minds can measure instantaneously and with a precision of up to k 7 objects even if the look for a fraction of a second.
The rainbow consists of the following 7 consecutive colors: Red, orange, yellow, green, blue, purple and violet.
We see the end? that the number he’s anything special but… definitely a mystery, since from the ancient times until today, has it’s own unique way of life.

New alter eGo A6: The most slim and distinctive electronic cigarette for the Greek market! 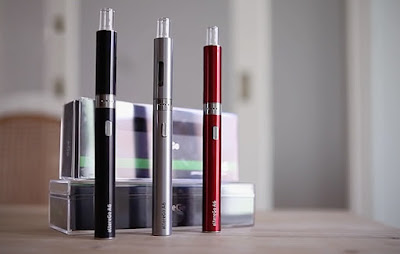 If until today you had connected the electronic cigarette with a large, awkward device, it’s time to review! The new alter eGo A6 is the most thin, beautiful and distinctive e-cigarette and is perfect for new and experienced vapers. Discover the…
Read more “