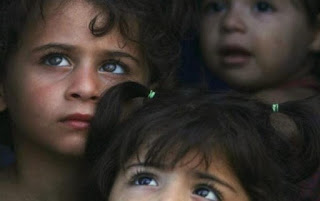 About 243.140 of all the arrivals of the refugees are children, in accordance with the Unicef data. This number translates to one in four refugees. In fact approximately 94% passed through Greece and less than 6% from Italy.
Noting that in 2015, 1 million. refugees have arrived in Europe by sea. Over half of these children have entered Europe between October and December 2015, while the passes the borders of Greece.
The percentage of children recorded on the border of Greece and FYROM has increased from 9% in June to 35% in the first two weeks of December. The tragic accident on 10 December, where a Syrian father lost his 7 children and his wife in the waters of the Aegean sea, trying to reach Europe, it is still a reminder of the risk that the refugee children. So far this year, more than 210 children have lost their lives in the Eastern Mediterranean.
According to the Unicef data, in these two weeks, an average of 1.076 children are getting in the way of the Western Balkans every day. By the end of November 2015, 32.180 unaccompanied children have been registered for asylum in Sweden alone, a rate 40% higher than the total number who applied for asylum in the EU as a whole in 2014.
The process of relocation for people who are in need of international protection from Greece and Italy to other EU member states has not yet gone up in numbers, since only 212 relocation have been made so far (38 of them involving children), while the plan provides for the 40,000 relocations. Until today, I have migrated unaccompanied or/and separated from their families children.
The complex political climate in Europe, the lack of effective systems of sharing information for refugees and migrants, as well as a new physical barriers on the border Slovenia-Croatia and Greece-FYROM leave the children of immigrants and refugees and their families in a great deal of uncertainty about their condition. Inadequate housing and the lack of heating in many of the reception centres and transit but also during transport along the path of the Western Balkans, they have also created extremely difficult conditions for children of refugees.