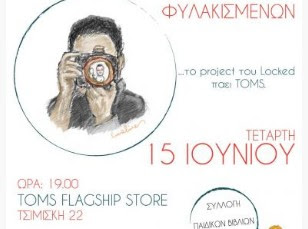 In the beautiful area of the TOMS, in the centre of Thessaloniki, is transferred to the project with the interviews “prisoners” of the…
journalist Efthimios Savvakis, which was hosted this year in the area of the LOCKED, in the Agia Sophia, 21.
The LOCKED is the first escape game that was created in the city of Thessaloniki, has managed to export its expertise abroad and is featured in the 1st position of Trip Advisor, of a kind, making it a popular tourist destination.
This year, the company completed 18 months of life, decided to implement the innovative project of interviews of Efthimios Savvakis, which took place entirely within rooms to escape, making it a global twist to it.
The entire season, 42 individuals from the fields of art, culture, theatre, sport, politics, social media and business track “imprisoned” in the rooms of the LOCKED and “experienced” the weirdest interview – photo shoot I have ever given!
Plus, the season finale finds the project to travel to the venue of the TOMS, Tsimiski street 22, where the Wednesday 15/6 from 19:00 will be exposed to the 42 portraits of “prisoners” (by the hand of Elias Î Î±Ï„Î¬Î³Î¿Ï…, Vangelis Dimopoulos, Nikoleta Savvakis and George Î Î»Î±Î½Î¬ÎºÎ·) in an original charity photo exhibition. 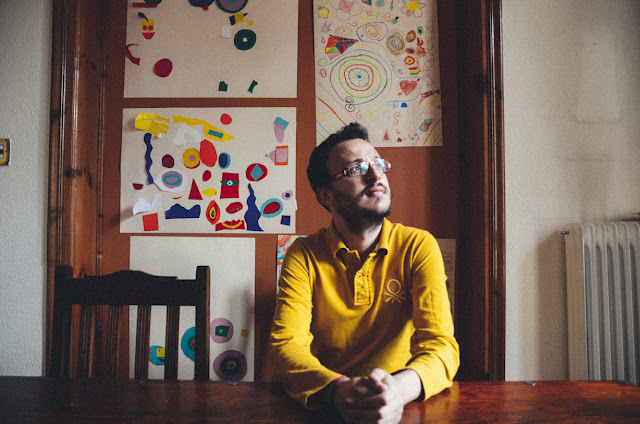 The group of LOCKED, in fact, that day, will collect new children’s toys and books to deliver to the association “THE FLASH”, in order to meet the needs that exist in the Ï€Î±Î¹Î´Î¿Î¿Î³ÎºÎ¿Î»Î¿Î³Î¹ÎºÎ¬ sections in the accounting department of AHEPA Hospital and the Hippocratic.
“Throughout the year, it rolled like a big game for us in the LOCKED, and we decided to support these children who are struggling with the disease. A game and a book, moreover, is the ideal way to “escape”, even for a while from the daily routine of treatments,” says Efthimios Savvakis. 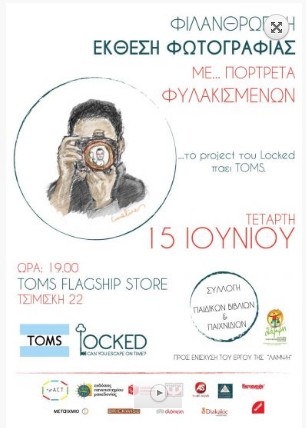