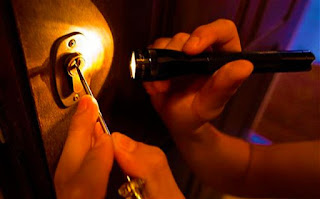 Five cases of theft – burglary, at the expense of the same person solved…
in Heraklion, by officers of the Division for Security of Heraklion and formed a case against 29Ï‡ÏÎ¿Î½Î¿Ï… Albanian, who was arrested for the offense of insubordination.
It all started when a 44-year-old the sea, complained to the Security Sub-division of Heraklion that unknown persons during the period from 24.12.2015 up to 03.01.2016 had committed thefts â€“ break-ins in the house and in two stores maintaining, acquiring jewelry with a total value of 7,000 euros, the amount of 4.300 eur, a laptop computer, and tablet.
From the coroner’s court of the Division for Security of Heraklion, revealed that these thefts had been committed by the 29-year-old, along with another two individuals.
In a survey conducted in the residence of the 29Ï‡ÏÎ¿Î½Î¿Ï… (who at the time they approached him, the officers tried, unsuccessfully, to escape), were found and seized, portable computer, 3 men’s watches, the amount of 70 euros, a tv and a mobile phone.
Source