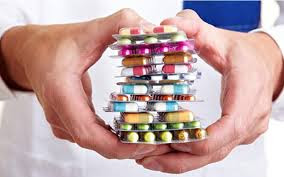 Women who take antidepressants during the second or third trimester of…
pregnancy, face almost double the risk (increased by 87%) to give birth to a child with autism, according to a new canadian scientific research.
However, the absolute risk of autism is small-it affects about 1% of children. On the other hand, taking antidepressants in the first trimester of pregnancy does not appear to increase the risk.
The researchers, led by professor of epidemiology Î‘Î½Î¯Îº ÎœÏ€ÎµÏÎ¬Ï of the Pharmacy Faculty of the University of Montreal, who made the relevant publication in the american journal of pediatrics “JAMA Pediatrics”, studied data on about 145.500 pregnancies.
Previous studies have shown that both genetic factors (heredity), and environmental, may contribute to the manifestation of autism in the child. The new study shows that antidepressants of the mother significantly increase the likelihood of a child diagnosed with autism until the age of seven years, in particular if the pregnant woman was taking a specific class of drugs, selective serotonin reuptake inhibitors” (SSRI’s), so the risk of Ï…Ï€ÎµÏÎ´Î¹Ï€Î»Î±ÏƒÎ¹Î¬Î¶ÎµÏ„Î±Î¹. In this category, according to the agency Reuters, belong to well-known drugs like Zoloft, Paxil, Prozac, Celexa etc.
If a pregnant woman gets more than one antidepressant, then the risk of autism is at least four times. The depression of the mother is associated with the appearance of autism in the child, as the risk is increased by about 20%, while if he takes and antidepressants, which seems to interfere with the brain development of the fetus, then the risk of autism grows.
The researchers described significant findings, as well as a large percentage of pregnant women (6% to 10%) taking antidepressants. At the same time, has increased significantly the proportion of children with autism (up from four per 10,000 in 1966 to 100 per 10,000 today).
“It is a biologically explicable that antidepressants cause autism if used during the brain development of the baby in the womb, as serotonin is involved in numerous development processes, before and after birth, as in division of cells and the creation of links between brain cells. The antidepressants SSRIS, which inhibit the serotonin, can have a negative impact on the ability of children’s brain to develop fully,” said the ÎœÏ€ÎµÏÎ¬Ï, as a special internationally on issues of medicines safety during pregnancy.
The World Health Organization estimates that depression will be the second leading cause of death by 2020. The ÎœÏ€ÎµÏÎ¬Ï pointed out that the findings of the new study don’t mean that a pregnant woman with depression should not do treatment, just anti-depressants is not necessarily the appropriate solution (especially if the ÎºÎ±Ï„Î¬Î¸Î»Î¯ÏˆÎ· is not heavy), and, instead, we should seek alternatives, such as psychotherapy and physical exercise.
Others, however, psychiatrists and epidemiologists, according to the magazine “Science”, stated that the canadian study contains bugs and will cause undue panic to the women. Among other things, they argue that the increase in the risk for autism not to blame the antidepressants, but the severity of the depression some pregnant women.
It is an old scientific controversy about the safety of antidepressants in pregnancy, which is to be revived with the new research. In any case, scientists agree that the issue needs further investigation.
Source