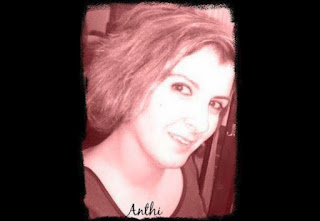 Daily struggle for a smooth and healthy transition of children in the new environment of the family of Î‘Î½Î¸Î®Ï‚ Î›Î¹Î½Î¬ÏÎ´Î¿Ï….
Mrs Paraskevi Savvidou, spoke to the KOZANILIFE.GR, for the family of Î‘Î½Î¸Î®Ï‚ and how they roll things from here on in, for mother of the Î‘Î½Î¸Î®Ï‚, but mainly for the 3 angels.
The fight they give on a daily basis is great, on the one hand, to combat their pain for the loss of their child and, secondly, to have a smooth and healthy transition kids to the new environment, but also to new circumstances , without their parents.
Her parents Î‘Î½Î¸Î®Ï‚, keep in letter that the experts say, in order for this to work, positive for the kids. The priority right now is the kids.
Yes, mrs Savvidou, he told us, that her parents Î‘Î½Î¸Î®Ï‚, since they suggest that the child psychologists, I would keep the bridge of communication with the family of the accused, in order for the children to talk with them and this can, as it gets to work healing for the children.
The children are in a safe environment, mrs Savvidou, “even Though the small of their age, not allowing them to have full understanding of what has happened, have the feeling of the absence of their parents, and everything bad that has happened”.
The side of Tasos Î¤ÏƒÎ¹Î¿Ï…Ï‡Î¬ÏÎ±: “We, we will ask for custody of the children, if we are directed to do so by a child psychologist and is in the best interest of the children”.
On the morning of Thursday the 11th of February mr. ÎšÎ¿Ï…Î»Î¹Î¿ÏÏ†Î±Ï‚, visited a child therapist, in order to consult them for custody of the children.
After a communication that we had with mr Adonis ÎšÎ¿Ï…Î»Î¹Î¿ÏÏ†Î±, the defense of the alleged perpetrator for the murder of Î‘Î½Î¸Î®Ï‚ Î›Î¹Î½Î¬ÏÎ´Î¿Ï…, said in KOZANILIFE.GR :
“We, the custody of the children will claim if we are directed to do so by the child psychiatrist.We will follow closely the lines of the specific for the sake of the children and their interests.Velvento is ideal as a venue for raising children.I want to find a contact form at grandpa and grandma’s with the kids.There is already an excellent communication with mrs Savvidou, in order to be able to build a framework of communication between the children and the family in Velvento, if it is inâ€ hint of the special, and then with the father.
Also, mr. ÎšÎ¿Ï…Î»Î¹Î¿ÏÏ†Î±Ï‚, he expressed his desire to restore the misconception of a statement and told us features :
“I have never justified the act of Anastasius and Ï€Î±ÏÎ±Î½Î¿Î®Î¸Î·ÎºÎµ my statement. What I said is, that there are reasonable grounds that are bolted the defendant, to be clear. In any case, I’m not excusing the act, the act is unjustified. The criminal act is always evil. The items you mention, proving the in the heat of the mental state in which he was the defendant at that time. And father and I, we condemn the act, but also the hidden. A double-fault…”
We have said in the Castle, that would have the authority to surrender to the authorities, the reason I didn’t was delivered into the absurdity of the thought, how in this way, to conceal the truth, will protect at least the children and keep together.”
Then contact us mr ÎšÎ¿Ï…Î»Î¹Î¿ÏÏ†Î±Ï‚ told us, that the defendant has fully grasped the size of the act, indicates remorse and expresses the desire to see at all costs the children.
Source