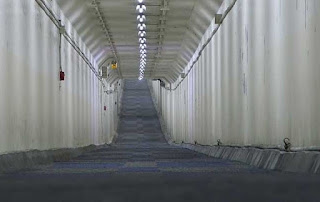 Final end gave the decision of the Ministry of Infrastructure to cancel the “frozen” contest for the construction of the…
Underwater Coupling Lefkada-Î‘Î¹Ï„Ï‰Î»Î¿Î±ÎºÎ±ÏÎ½Î¯Î±Ï‚.
According to the 31.5.2016 decision of the Minister for Infrastructure Christos Spirtzis, the contest is cancelled for the following reasons:
-Objection of the representatives of the local community for the design and implementation as a project concession
-Occurrence of the catastrophic earthquake of 17 November that “requires the re-prioritization and planning of the required infrastructure”.
As noted in the rationale of the decision “at this stage the Contracting Authority in keeping with the above objections and concerns is not interested in the construction and in accordance with articles 6.1 and 6.2 of the Notice may cancel the contest after opinion of the Committee of an invitation to Tender” (which also agreed to the cancellation of the tender.
In this way we have the expected end of the project Study, construction, financing, operation, maintenance and exploitation of the project: subaqueous Lefkada – N. Aitoloakarnania,” and, of course, finish the “adventure” for the 2 gladiators who Î­ÎºÎ´Î®Î»Ï‰ÏƒÎ±Î½ interesting, GEK-TERNA and AKTOR.
To note that in accordance with paragraph 6.5 of the tender dossier it refers to the decision of the Ministry of infrastructure, transport and networks if the competition is cancelled (…) the Contestants are not entitled to compensation.
This is the second project concession, which was cancelled after the Motorway Elefsina-Thebes-Yliki. The only contest that was rescued and proceeds from the new generation of these projects is the Underwater Salamis with the relevant contest is in progress.
Source