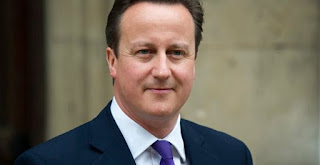 British prime minister David Cameron said today that he will remain…
prime minister to either win or lose in the referendum on the eve of Britain in the European Union. Called on the voters not to lay the blame if you win the Brexit, although some ministers of the Conservative insist that in this case you will have to resign.
In an interview in the magazine of the newspaper The Times, Cameron insists that it can withstand the pressure of the members who are against it. “I’m just going on the job. I have a very Î¾ÎµÎºÎ¬Î¸Î±ÏÎ·ÎµÎ½Ï„Î¿Î»Î® from the british people to serve as prime minister in a Conservative government, by a referendum”.
Source