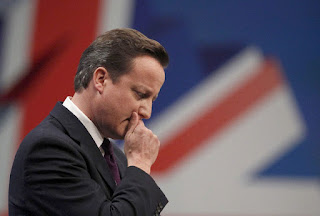 British prime minister David Cameron has cast the battle in order…
to convince their fellow-citizens to vote in favour of the stay of the country in the EU, announcing at the same time the date of the decisive referendum on 23 June.
This morning, Cameron will appear in the broadcast of the BBC’s The Andrew Marr Show, in which we will attend also the leader of the anti-european party UKIP, Nigel Î¦Î¬ÏÎ±Ï„Î¶, who already has called the agreement on the ‘special status’ of Britain, who ensured on Friday in Brussels the prime minister as “deplorable”.
“We’re close to one of the most important decisions of our lives,” he warned Cameron, who himself is staking the reputation of the in the History of the country.
He pleaded for stay of the United Kingdom in the EU, the prime minister underlined that this perspective of “us offers the best of both worlds”, whereas at the same time that a withdrawal would be tantamount to a “dive to the uncertainty”, which will directly threaten the economy and security of the country.
However, the predictions arising from the opinion polls show that the result of the referendum will be played on a minimum difference.
Although the outcome of the talks with Brussels was accepted with a good dose of scepticism from the conservative Press, the policy of the Cameron found an advocate drawn on the face of the well-known anti-european positions of minister of Interior, Theresa May, who has stated that she will ÏƒÏ…ÏƒÏ„ÏÎ±Ï„ÎµÏ…Î¸ÎµÎ¯ in the campaign in favor of staying.
“The EU is far from being a perfect union and agreement, this is part of a continuing process of change and reform, but for reasons of security, protection from crime and terrorism, because of the trade with Europe and access to international markets, the national interest to remain a member of the EU”, stressed in its communication of May.
However, after the crucial meeting of the cabinet of ministers, six members of the government have announced their intention to support the campaign for the withdrawal. The more big names are those of their ministers for Justice Michael Î“ÎºÏŒÎ¿Ï…Î² and Work Ian Duncan Smith, both members of the ultra anti-european wing of the Tories.
However, one opinion will be borne by, and that has not been expressed yet: that of the popular and unpredictable mayor of London Boris Johnson, who is on its way and as a successor to Cameron.
From the side of the Î»Ï…ÏƒÏƒÎ±Î»Î­Ï‰Î½ anti-europeanism, as the party of the Î¦Î¬ÏÎ±Ï„Î¶, there is another option: 23 June: a golden opportunity! Let’s fight to regain control of our country!”, announced the leader of UKIP in a post on Twitter after the announcement of the date of the referendum.
“On 23 June, no one will be talking about the specific clauses of the agreement,” warns the professor of European Politics at the ÎšÎ¹Î½Î³Îº’Ï‚ College London ÎˆÎ¹Î½Î±Î½Ï„ Remaining. The arguments will focus “on immigration and the question ‘we want to control our borders, or not?”, stresses. Î“Î’Î”
Source