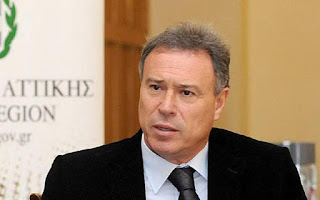 The refugee needs to be addressed by all stakeholders with sensitivity and caution, so as not to be an object Î´Î¹Î±Î¾Î¹Ï†Î¹ÏƒÎ¼Î¿Ï in local societies or to cause undesirable xenophobic syndromes.
This requires the close cooperation of the Government with the regional government and the municipalities, which, by definition, are closer to the citizens and aware of the particularities of the local communities.
Unfortunately, while in the case of the selection of the closed gym in Palaio Faliro or space in the Greek for the temporary settlement of refugees preceded it, even at the last minute, consultation Government â€“ self-Government, something like that, in the case of the selection of the camp for the Hidden has not happened.
The local government in the wider Piraeus, other than the municipal authority of Perama, declared complete ignorance on the subject, and that is sad.
The commitments undertaken by our country (to be respected) for the creation of human spaces for recording and reception and the delay of implementation of such, cannot substitute for the essential information and dialogue with the local communities.
Whoever is afraid of dialogue, and works with practices in surprise, only manages to exacerbate the suspicion and to replenish the â€œarsenalâ€ of extreme voices.
In any case, we must not allow the disconnectedness for the refugee to spark wider social tensions.
The wider Piraeus, sheltered harbour, the same as in the Greek of the refugees, despite the discordant notes have been heard, it is certain that they will welcome the war refugees with a sense of humanity and solidarity.