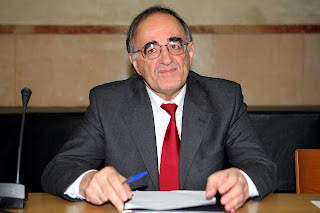 “It’s time to draw’ em off a united national front and all together, to give the struggle for the recovery of national independence and the recovery of the… economy,” said the C. Î£Î¿ÏÏÎ»Î±Ï‚ in memorial events in honor of the King and of the Comrades who were held in Kastoria on 26/6, the day of their death.
After referring to the offer of the heroes, pointed out: “Unfortunately, I don’t think of us worthy of the sacrifices and aspirations of our heroes. We drove our country to bankruptcy and national humiliation. We need to regain our national sovereignty. To get the Greece from the surveillance, custody, dependency.
From Kastoria to the home of the brothers Emmanuel comrades of the King, to send the message to the political leadership of the country to rise to the occasion, to subjugate personal ambitions and political aspirations in the national interest. While the country is sinking we need everyone to understand that there is no room for more mistakes and omissions.
You don’t have to consist of communication the impressions in manipulation and tricks to Ï€ÏÎ¿ÏƒÏ€Î¿ÏÎ¹ÏƒÏ„Î¿ÏÎ½ party benefits. The issue is not the power, but the salvation of the country.
Everyone’s right to belong to any party, party wants, but today in a state of emergency that has plunged the country we all need first and foremost to serve the faction called Greece. Those who do not have this priority do not know neither where they are nor where they’re going.
So there’s only perspective. So only can we live up to the expectations, of the brave who sacrificed for the country,” concluded the G. Î£Î¿ÏÏÎ»Î±Ï‚.