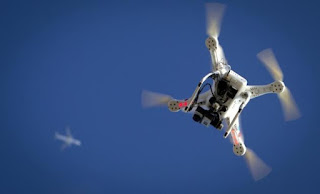 The Ministry of Transport of the United Kingdom is funding a research to establish the results…
impact drones over planes and if the first really constitute a risk for the latter.
The research is being done on behalf of the Ministry of National Defence of the United Kingdom while the contract has been given to the company Qinetiq.
The tests, to the disappointment of all of us, there will be no in flight conditions and will include a military aircraft and not civilian/commercial, according to a representative of the UK Civil Aviation Authority.
The purpose is to determine the range of damage it can do to a drone in the bunkers of a military aircraft, if you collide in the air. The results will be published by the end of 2016.
Source