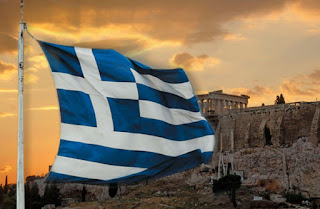 The European Union should adopt on 20 February of the next tranche for Greece, paving the way for the… integration of Greek bonds in the program of purchases of the European Central Bank, supports the Mark Î¤Î¶Î¯Î»Î¼Ï€ÎµÏÏ„ in an article in Bloomberg (in column BloombergView).
The author notes that with the elections approaching in the Netherlands, France and Germany, as well as a possible conflict to emerge on account of the Brexit, the last thing the EU needs is yet another Greek crisis.
“Greece is back on the publicity for all the wrong reasons. The dispute between the IMF and the EU threatens to prevent a rescue deal on 20 February, whenever it will meet the Finance ministers of the Euro area. Both sides need to acknowledge the efforts made by the Greece to boost tax revenues, to sell public property and to restore the economy to growth”, stresses the Î¤Î¶Î¯Î»Î¼Ï€ÎµÏÏ„. There is a danger, he adds, to draw the debate until the summer, when the increased maturity of Greek debt will impart a new sense of urgency to the failure.
The IMF’s Executive Board met on Monday to discuss Greece, with the statement issued to indicate growing differences about what should be done next time. “Most executive directors agreed with the key points of the evaluation of the managers of the Fund, while some managers had different views on the fiscal path and debt sustainability,” said the announcement. Although most managers considered it acceptable for a primary surplus of 1.5% of GDP, some were in favour of a surplus of 3,5%, “a level that few countries have ever achieved and it seems unlikely to achieve the Greece, notes the Î¤Î¶Î¯Î»Î¼Ï€ÎµÏÏ„.
The European creditors of Greece want the IMF to approve the evaluation of the Greek programme before progressing to the disbursement of the next instalment. The IMF, however, sees the need for “rationalisation of pension expenditure”, broadening the base for taxation of natural persons and acceleration of structural reforms with regard to the settings in the labour market. Also reiterated the call for debt relief, stating that “further easing will be needed to restore debt sustainability”, as it predicts that this will increase to 275% of GDP in 2060 by 181% this year. Without the recognition by the creditors of Greece that the possibility of the economy “to achieve surpluses in the budget is limited and that further debt relief, Greece will remain a case without hope,” concludes the columnist.