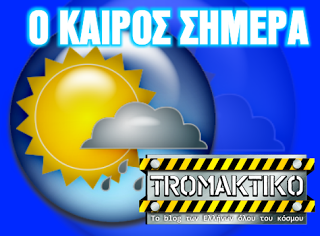 A strong low pressure system passed to the west will affect tomorrow and the southern regions of our country with enough rain. In addition, the enhanced winds will drop the temperature. For more details on the…
Saturday 11 – 2-2017 expect showers and thunderstorms in the southern Ionian sea, the Peloponnese , eastern thessaly ,eastern sterea,Evia, the Sporades, the cyclades, Crete and the Dodecanese islands ,which even in the southern coastal and coastal areas will be strong and will be accompanied by hailstorms. In addition to a little snow will fall in mountainous and hilly areas of central and northern mainland. The phenomena gradually will stop everywhere. The B/S winds in the Aegean will reach locally 8 beaufort, while the temperature will show a further decline.
Attica :Rain and scattered thunderstorms until noon. A few Snow in Parnitha
of the 750 meters and higher.
temperature 4-11 degrees. Humidity 70 -90%.V/A winds of 6-8 on the beaufort scale.
Thessaloniki, greece :partly Cloudy sky with exposures .a temperature of 0-8 degrees,Humidity of 60 -85 %.
Volos, greece : Closed weather with rain and snow from the 450 metres .A temperature of from 3-9 degrees.
MAXIMUM TEMPERATURES SATURDAY 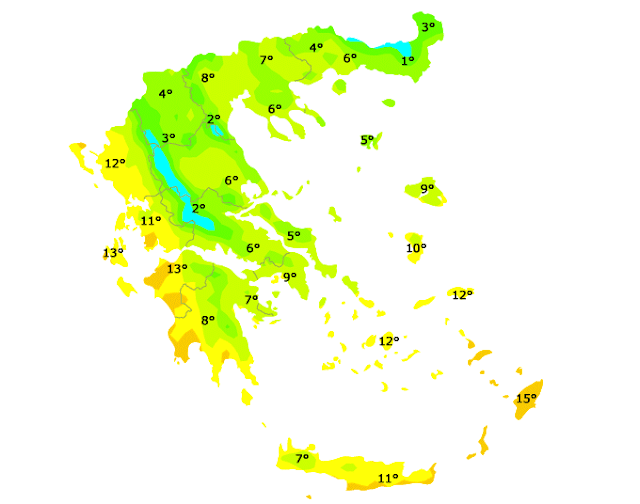 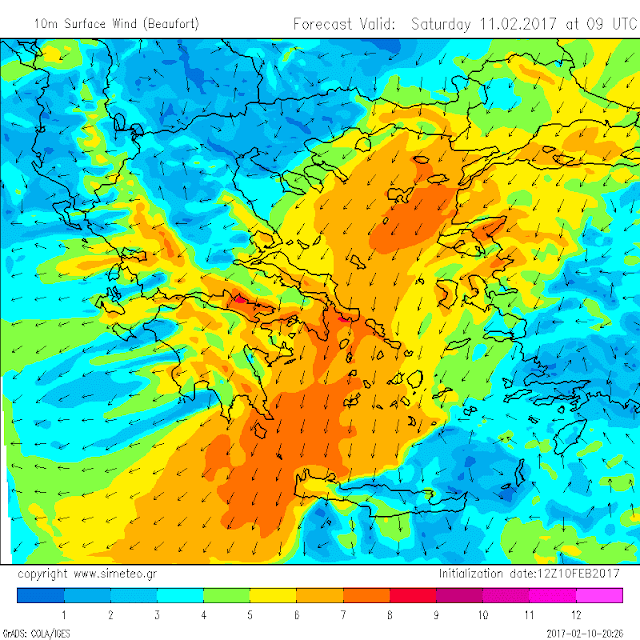