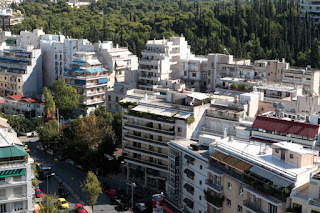 In a vast museum shop has become the domestic real estate market, with the stock of for-sale housing now exceeds the…
200.000, according to the “Free Press of Sunday”. The number of them, in fact, acting in accordance with ÎºÏ„Î·Î¼Î±Ï„Î¿Î¼ÎµÏƒÎ¹Ï„Î¹ÎºÎ¿ÏÏ‚ factors, has increased by 25% compared with before two years, which, as they explain themselves, is based on the increasingly urgent need of the owners to get rid of the expensive tile.
“The government’s intention to maintain the ENFIA for at least another year before you replace it with another tax on real estate, works onerous to the decision of the owners. In this context, and given the fact that the budget does not lift other weights, the stock of available housing is expected to shoot up in the coming months”, and comment on features in the Free Press Sunday. It is worth noting that in accordance with what has already been announced by the prime minister, mr Alexis Tsipras, the ENFIA will continue to be enforced and 2017, with the only difference that there will be some exemptions, which, however, will relate to the taxpayers with very low incomes and low value real estate.
Around 99.000 houses for sale in Athens and Thessaloniki, with the number for the whole country to reach the 110.000. “The data relating to real estate, the owners of which have either been assigned to the sale of the real estate agents or have decided to… go after buyers with the same inside”, says the Un.T.” Sunday, the president and ceo of real Estate network E-Real Estates, mr. Themistocles Bakas, and adds:
“There are, however, some who have the intention to sell, without, however, to indicate one way or the other. If to these be added, and the manufacturers, then the for-sale real estate exceed $ 200,000”.
According to him, the property… come out to the hammer is mostly second homes, which was purchased with a loan and the purpose of the holders of the investment.
Source