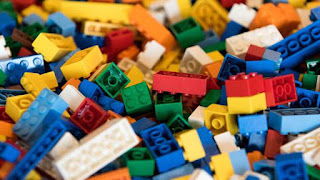 If you invest in Lego, and not in stocks or gold over the last 15 years, then surely you have chosen correctly…
This at least shows a recent analysis from the “Telegraph”, which says that the value of the popular children’s game has grown by 12% per year from 2012, while gold was just a 9.8% return for investors, according to the Telegraph.
As it turns out well, these plastic blocks are not just for children. The secondary market for Lego is booming, with models of 2014 have already been sold online 36% more than their original price.
“This means that anyone with a set of lego in the house – big or small, it doesn’t matter – you could have a fairly significant investment in hands of, if in good condition”, as mentioned by the founder of the BrickPicker.com, Ed Maciorowski in the Telegraph.
Of course, the Maciorowski stressed that the lego that have remained in their box, in excellent condition, will be out in the secondary market at a much better price. However, even a used set of lego could be valued at hundreds of dollars.
The most expensive and popular set of Lego for the moment is the “Star Wars Ultimate collector’s Millennium Falcon”, whose value has reached 2.712 pounds of 342,49 pounds, the 2007.
Yes, some sets have increased in value more than 2,000%.