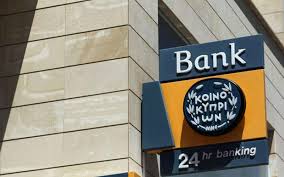 The full repayment of the funding from the Emergency Liquidity mechanism (ELA) announced the…
Bank of Cyprus, which since March 2013 has made a total of 11.4 billion. euro
According to the announcement, this development is an important milestone for the bank and contributes to the recovery of the position of the international market. As noted also, the repayment of the ELA was achieved through a series of actions, such as:
the deleveraging of the main assets
the increase of the share capital
the increase in deposits
the repayment and the maturity of government bonds
the conversion of assets to assets eligible as collateral for eurosystem credit operations.
The managing director of the bank, John Î§Î¿ÏÏÎ¹ÎºÎ±Î½, to the view that the repayment of the ELA will further strengthen confidence in the Bank .
Source